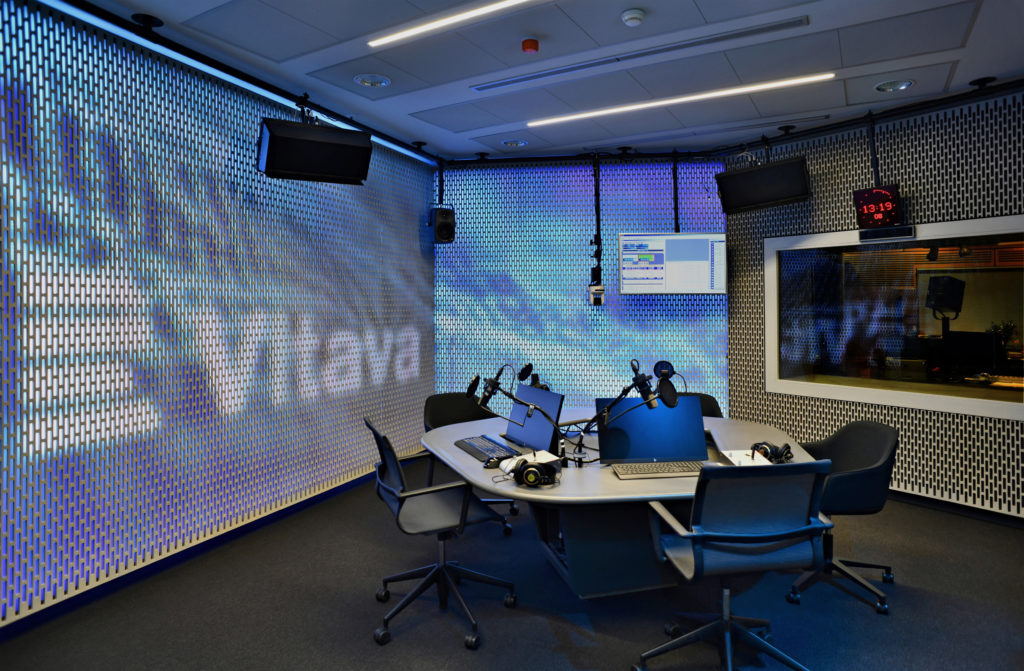 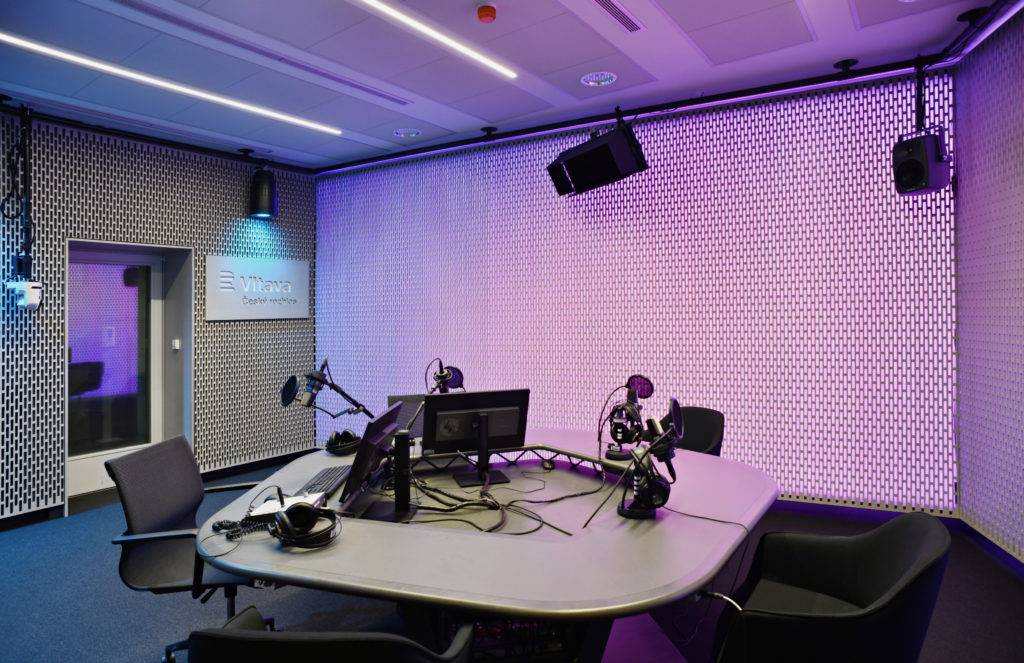 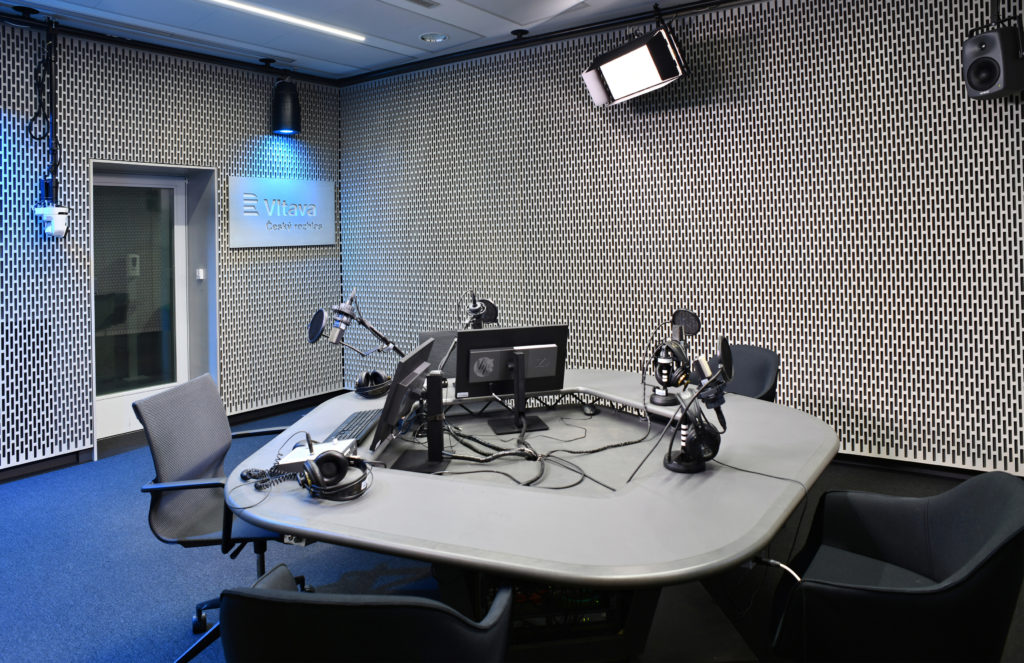 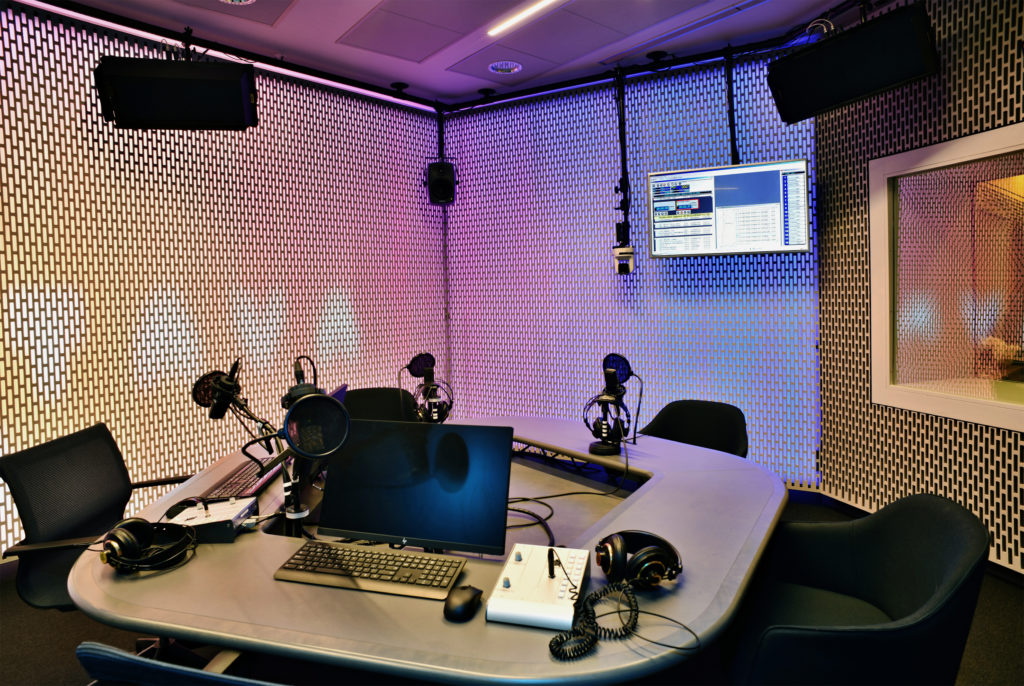 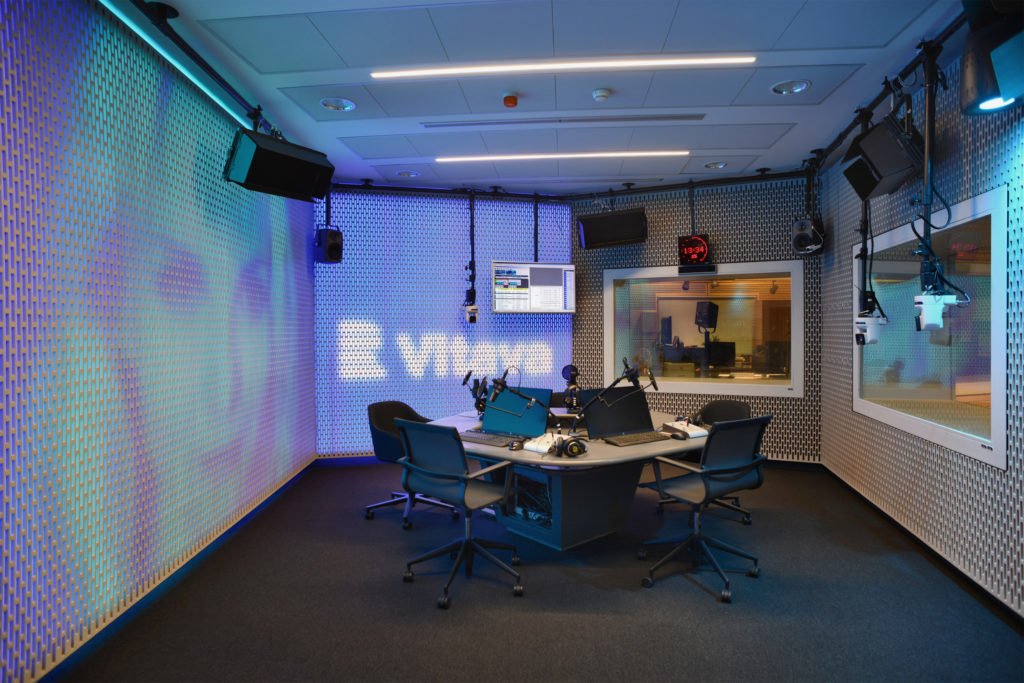 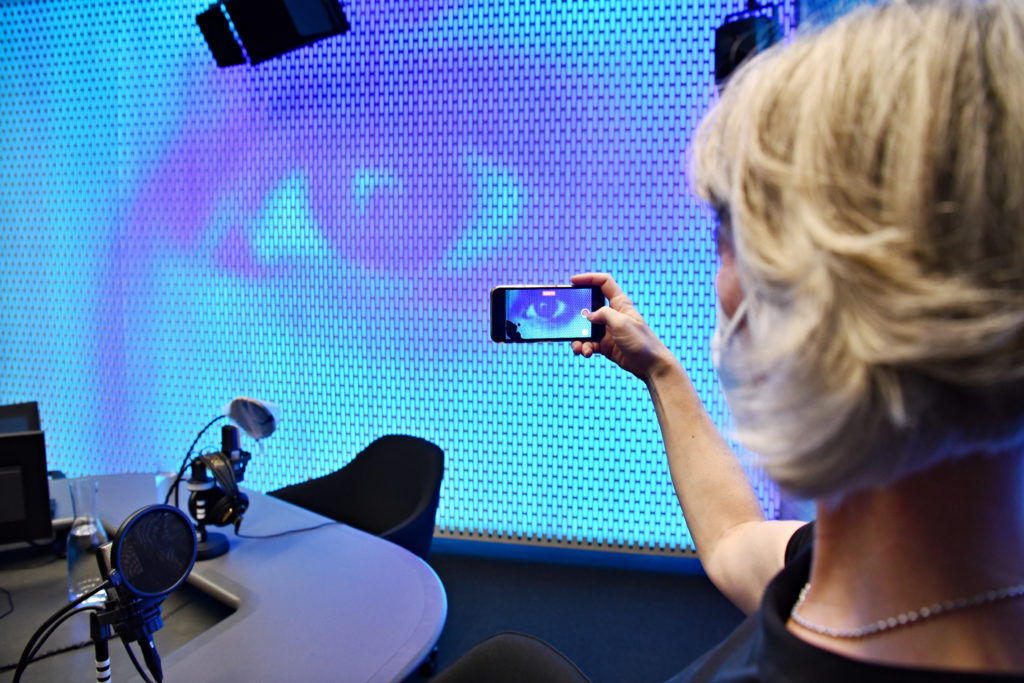 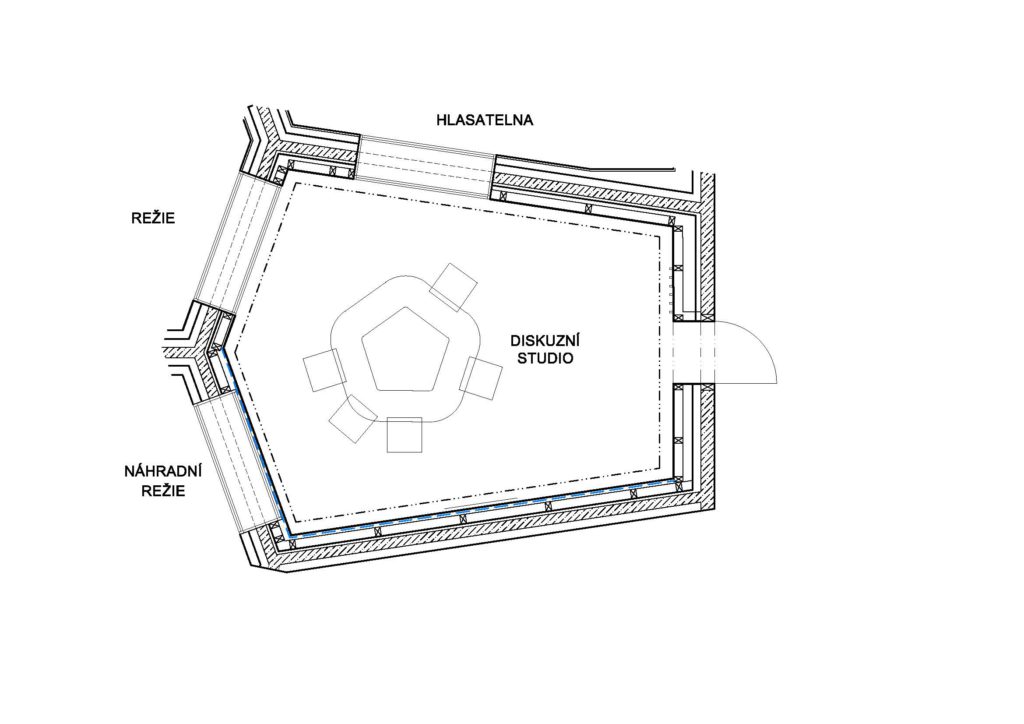 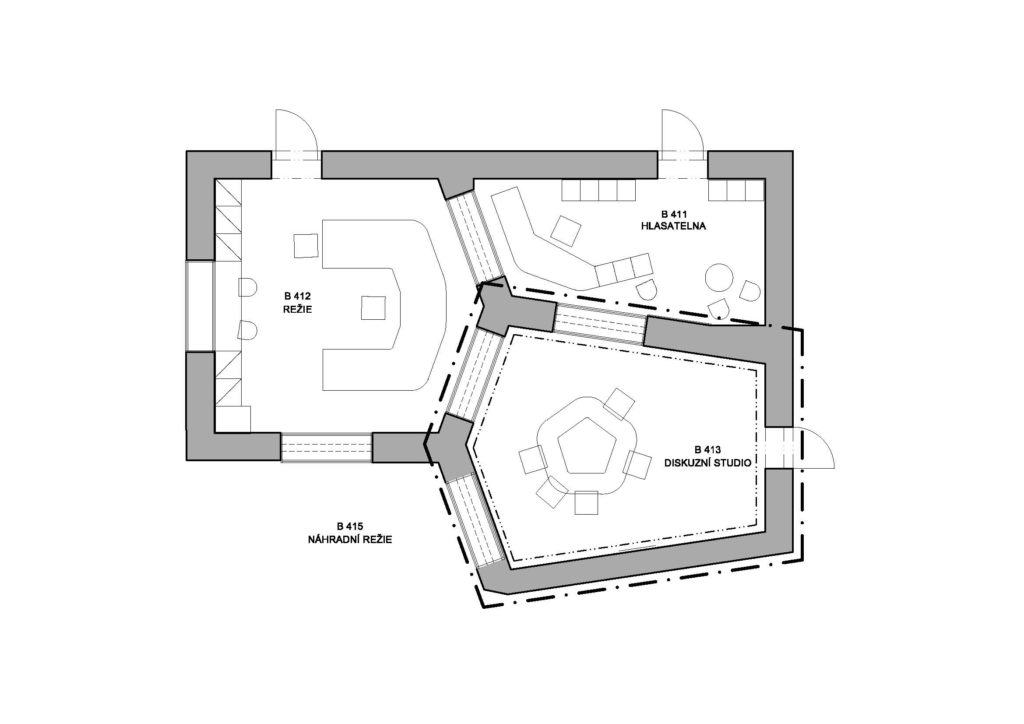 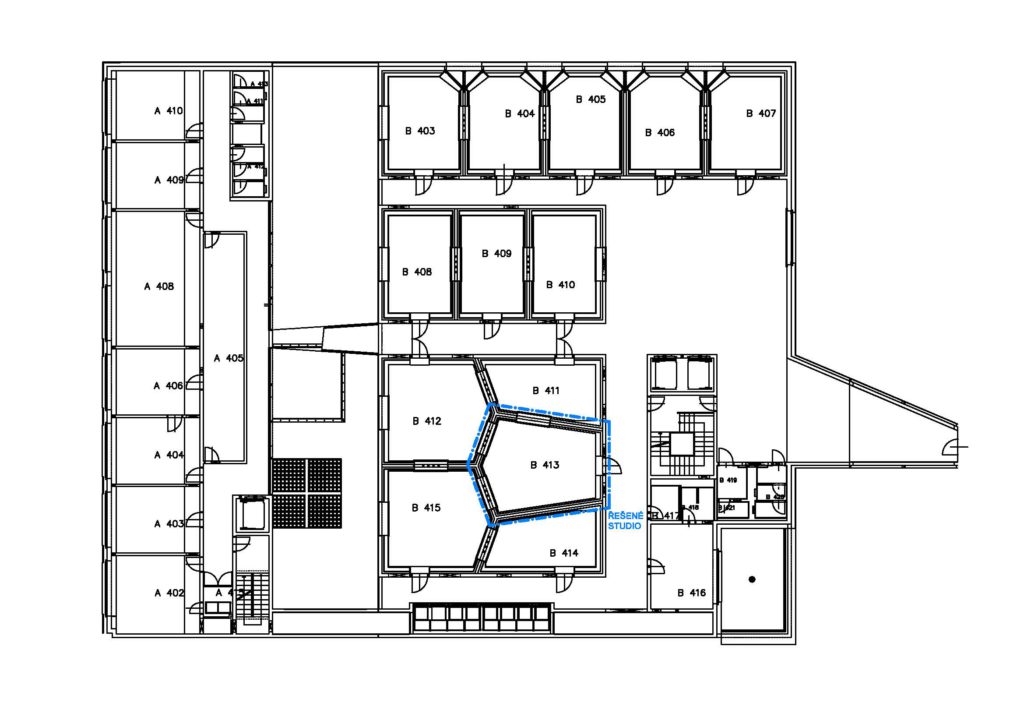 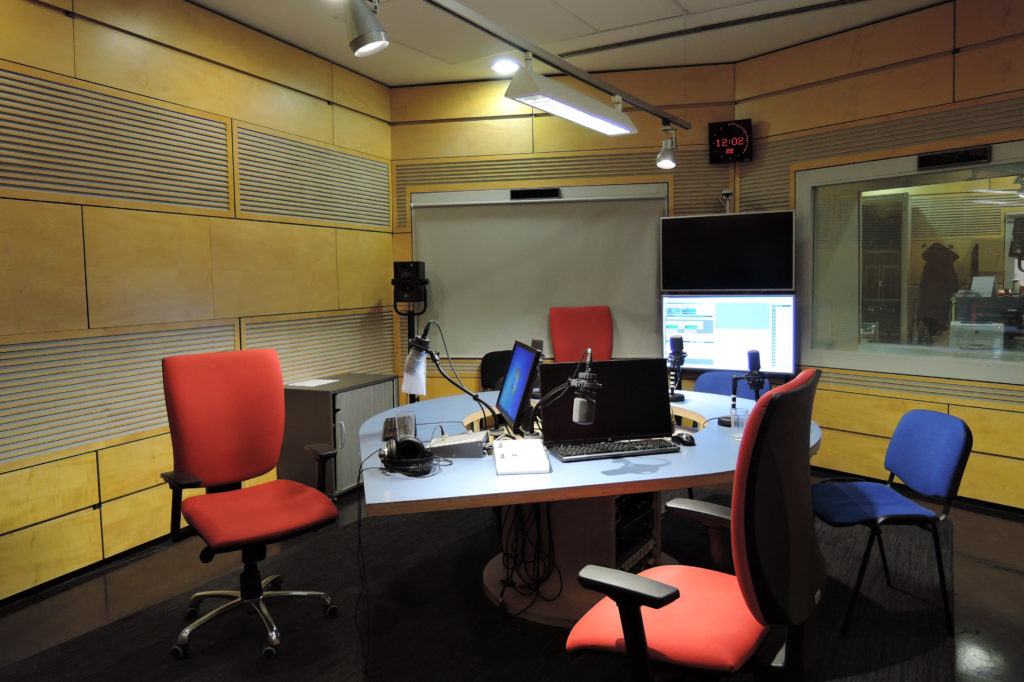 The interior transformation of Czech Radio's Vltava broadcasting studio was stimulated by the desire to refresh the overall aesthetic, which would additionally look good in staged camera footage of the studio. The studio is part of the radio complex in Římská Street in Prague's Vinohrady, which was built in 1998–2000 according to the design of the architectural studio A.D.N.S. Since then, it has not undergone any major construction modifications.

The aim of the interior transformation was to create an adequate background for radio interviews or broadcast concerts with good acoustics inside. The initial idea of a neutral and rather intimate environment was soon extended by the idea of easily changing the atmosphere of the studio to suit the moods of individual programs. At the time of the advancing digitization, the idea of a light wall made of LED strips arose, for which many light motifs can be programmed - static and dynamic, one or more colours, inscriptions and any other graphics. It is a solution that enables future development according to the current needs of the space.

Without lighting the LED wall, the interior is tuned to a neutral dark grey colour. The studio is lined with perforated wooden plywood panels stained in light grey. The carved simple repeating geometric motif allows the panels to be connected with almost no visible gap. Under the wooden panels a black mesh lining is present which covers the various acoustic wall panels necessary for the proper functioning of the recording studio. The cladding ends at the floor and ceiling with a detail of the negative joint. A new black carpet is laid on the floor. The design also includes a new broadcast discussion table. The two-level board in the shape of a regular pentagon is made of black-stained plywood with a milled soft strip of black natural linoleum for shock absorption. The atypically shaped base is a box for connecting and laying cables of all necessary devices. The studio was completed around the perimeter with a console under the ceiling used to place spotlights, speakers and cameras.